Interviewer: Hello everyone! I’m very fortunate today to have with me professor Thomas Fuchs.

Professor Fuchs is a psychiatrist, philosopher and Karl Jasper professor for philosophy and psychiatry at Heidelberg University in Germany. His research areas lie at the intersection of phenomenology, psychopathology and cognitive neuroscience with a main emphasis on embodiment and enactivism, temporality and intersubjectivity. He is coordinator of several international research projects and he has authored over 300 scientific papers, book chapters and several books, among which I want to mention “Ecology of the brain. The phenomenology and biology of the embodied mind“. Professor, I have some questions on the embodied mind. First of all, what is the embodiment?

Prof. Fuchs: Well, “embodiment” is a very pervasive term at the moment that everybody understands. In my view, we should start with a short look at the still dominant Western dualism, which goes back to Descartes. Dominant Western dualism sees the body as something which is a mechanistic whole and which is outside of our embodied experience. That is one part of the dualistic side. The other dualistic pole is the subjectiveexperience of the body but this subjective experience of the body is completely inserted into the brain. On the one hand, our current paradigm sees the body as a mechanistic system. On the other hand, my bodilyexperience is something that is completely different: the body is not just a mechanistic system, the body is a living system. The body is a living whole and the organism is not just composed of parts, but it is a self-reproducing autopoietic whole which is the basis of my embodied experience. And the other pole is completely different, but they can’t saw it. It is not just a kind of body model in the brain, but it is my embodiedexperience, which builds upon the holistic system of the organism. So embodiment in the end means that my being-a-subject is not within my brain, but I’m an embodied subject which is extended over my whole body, which is well moving and feeling with my limbs and acting over my whole body, which is well moving and feeling with my limbs and acting. I’m this living body and this embodied organism. Now, to put it a bit more precise, there are two major aspects or dimensions of this embodiment: first, we have to think of the body and the organism as the basis of our feeling of being alive, I would say. The basic self-awareness is something that emerges from the whole body in interaction with the brain, of course, and the brain is necessary to integrate bodily afferences and bodily states, but it is in constant interaction with the body and only through thishomeostatic regulation our embodied self-awareness emerges. So, if we are conscious beings, we are already embodied conscious beings. The other major dimension is the sensorimotor dimension. Here wetranscend our organic body to interact with the environment by the limbs, by connecting ourselves with objects, by transcending the body when we deal with objects or by transcending the body when we deal with other subjects. We have a kind of mutual embodiment here right now when we look at each other, and I see you nodding and you see me talking, then we are kind of extended bodies that interact with each other. So, also here we do not stop here, at the skin, or at the skull, what we are is extended in space, so to speak. So that is the second major dimension of embodiment.

Interviewer: Thank you very much. Okay… What is human being according to this embodied science?

Prof. Fuchs: Well, the human being is often taken to be something that I am as a subject, that I am as a self conscious being, and somehow reduced to a psychological state or psychological entity that continues over time. From an embodied point of view I’m, of course, not only a subject when I’m aware of myself but I’m still continuous, I’m living on when, for example, I fall asleep. So, I’m not just vanishing when I fall asleep but I’m still a living being. The continuity of myself essentially rests on the continuity of the life of my organism, on the life of my body. And that means that we cannot reduce the human being, the human self or the human person to something psychologically, to something psychological which is then somehow em-brained, or somehow localizable in the brain. But the human being is always the embodied person that I am, whether I’m conscious or not conscious during sleep, It doesn’t play the decisive role, so the continuity of my self is the continuity of an embodied being and that is what we usually call, in Western philosophy and in Western thought, “the person“. Because the person is not something that we can localize within the organism. The person is always the human being as a whole.

Interviewer: According to you is “the Self” a good concept to organize these ideas about the human being?

Prof. Fuchs: Yes, to a certain extent, if we see the Self not just as a kind of property of consciousness or a property of the psyche but if we see the Self as an Embodied Self that means, as I said before, the organism already is a kind of a Self consider, a self-reproducing system, a self-reproducing living being. And on this level of life we already have this self-delimitation from the environment, so to speak, which is necessary for the organism to reproduce, to sustain itself

But on the other hand, this self-sustainment is dependent on the environment and we are interacting with the environment through metabolism, through sensory motor exchange. So, already on this level there’s the Self of the organism but the self in contact and relation with their environment, and this is the basis for my Self, or for our selves, to be conscious, to become conscious of themselves, to be in constant exchange with the environment as well, and to be in constant exchange with others. It wouldn’t be quite right to think of the Self as just a mental or psychic entity. I think we should also embody the Self in that sense.

Interviewer: Ok, the last question is: what is mental illness from a phenomenological starting-point?

Prof. Funchs: Ok, well, mental illness is nowadays often seen in psychiatry as being a disease of the brain, as some kind of dysfunction that we have to search for and by neuroimaging or other methods of neuroscience. Again, I would accept that mental illness is certainly somehow dependent on the brain as well, but brain dysfunctions are never the whole story. Brain dysfunctions are components of overarching cycle of relations to the world that are somehow disturbed. From an embodied point of view, mental illness is some kind of disturbance in interactive cycles, again, sensory-motor cycles. When we meet people with hallucinations we would say that there is a disturbance of the usual sensory motor cycle that creates real objects in which we can interact with, but here obviously there is a disturbance in this interactive cycle which makes hallucinations possible, but the major interactive cycle that is disturbed in the mental illness is the intersubjective cycle. So, we have a disturbance in our relations with others in all kinds of mental disorders, we have some kind of communicative disorder, inability to interact with others in a way that is helpful for me, that is adequate, that gets me in contact with others, and some kind of interactive disturbance is characteristic for any mental illness. So, in a sense we should again not localize but we should rather say that the patient is in the illness, so to speak, in a changed world in a changed interaction. The illness surrounds the patient, so to speak, instead of being inside him.

Interviewer: In his relation with world and with others?

Prof. Fuchs: Exactly, and if we look a bit closer at these interactive cycles we could also say it’s an a kind of ecological approach to mental illness, because the environment is what is important for really understanding the disorder. And if you look closer at these disturbances you find that they usually involve some kind of feedback or a feedback loop that runs in the negative way, some kind of devil cycles or dysfunctional feedback loops. So, to take an example of depression, for example, usually depression is accompanied by a lack of social resonance and emotional resonance, that will be observed  by the relatives the acquaintances of the patient and they will first try to interact with the patient in a normal way and to help him to be pitiful and so on, but then they realize that it doesn’t work somehow and they get somehow disturbed or irritated or even angry. That is something the patient realizes and he is aware of not being able to interact with others in the usual sense. That increases his self-devaluation and increases the depression. This again leads to more interactive disturbances and so on in the same sense you could say there’s self-fulfilling prophecies going on in depression. I have these automatic thoughts: I don’t want achieve anything and I’m not worthy of contact and that will lead to increasing withdrawal, again leads to a loss of reinforcement and again this reinforces or increases the depression. So all these are when you look closely at it you are interactive dysfunctional cycles so to speak and what we do in therapy is that we somehow try to counter these negative spin, so to speak, and to create positive cycles that lead to an interaction that gradually enables increasing contact with the world. Again, the brain is involved in all these cycles but the brain doesn’t create these cycles. The brain doesn’t create the stigmatization, for example, that the patient experiences. The brain doesn’t create the social interaction, but the brain is integrated as part of these cycles and it has also changed by these cycles. As we know today your plasticity shows that there is both a negative adaptation of the brain but there’s also a positive adaptation of the brain, if the functional cycles of interaction work in a positive sense, in a positive way as for example in our successful psychotherapy. The brain again adapts to this situation and creates and enables more positive experiences. So, in a sense the brain is always integrated and mediates these cycles but it is not the creator of mental illness.

Prof. Fuchs: Well, according to the phenomenology of the body and also from a point of view of embodied cognition, we should regard to bodily experience as integrated holistic experience, that is usually multimodal. So (the bodily experience) integrates different senses, it integrates the situation as a whole, it integrates my bodily feelings which are the basis of emotions, all emotions, all moods have their bodily resonance. So in my view psychotherapy should pay much more attention to this holistic bodily experience because that is how a deeper and also pre reflective and non-explicit experiences can be created, and this help to overcome the disorder gradually. Psychotherapy should not be something only on a reflective or explicit level of insight and understanding, that is all important! But we know today that much more is happening underneath, so to speak, in our embodied interaction, in the mood and the atmosphere that is created during the meeting during the session, and we should pay much more attention to this pre reflective implicit or also non-verbal level of interaction.

Interviewer: Ok, thank you very much professor for sharing your ideas with us!

Prof. Fuchs: You are welcome.

Interviewer: Cheers you all! 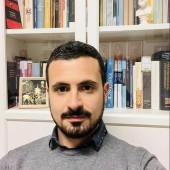 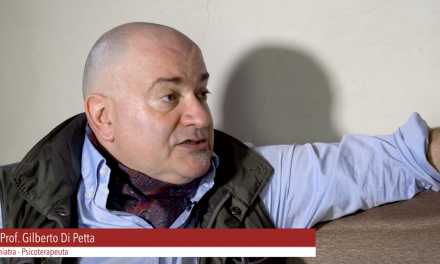 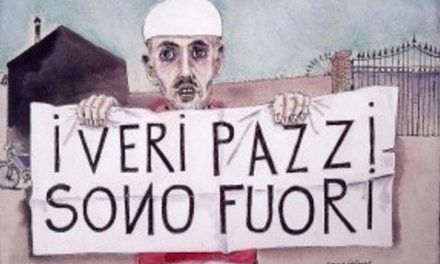 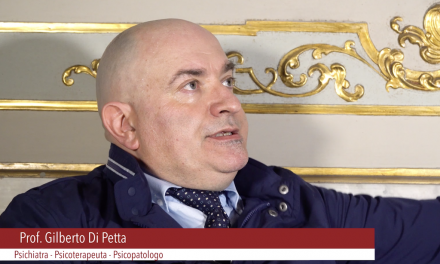 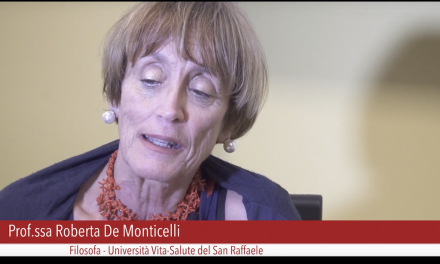 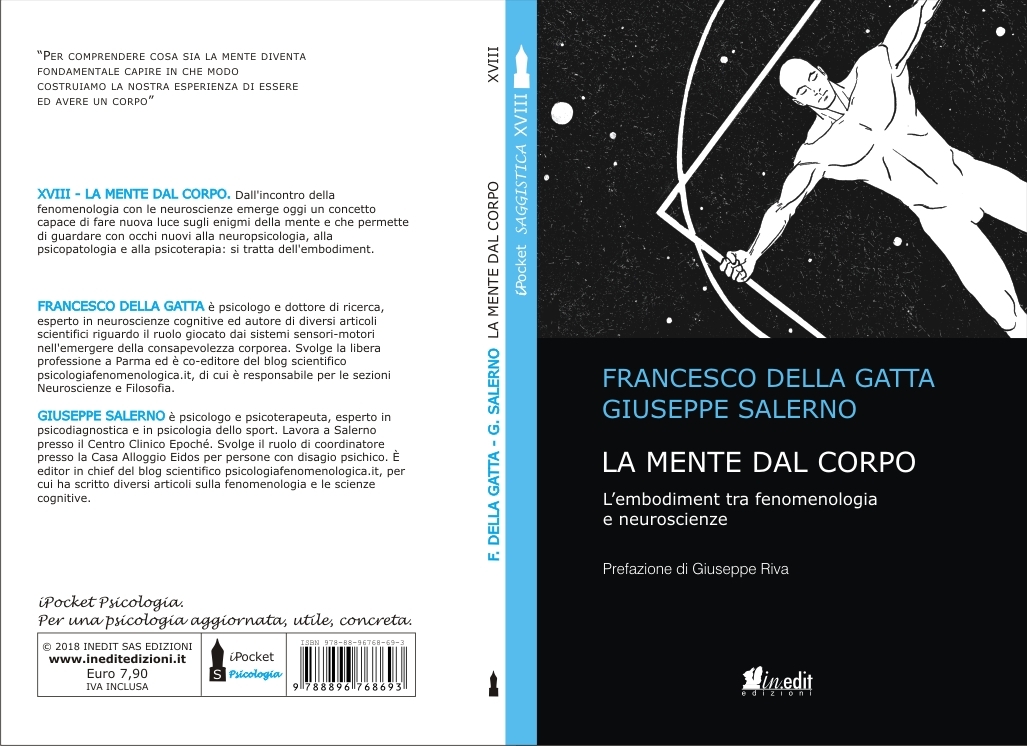 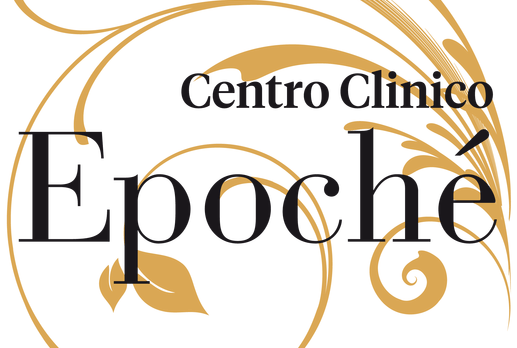 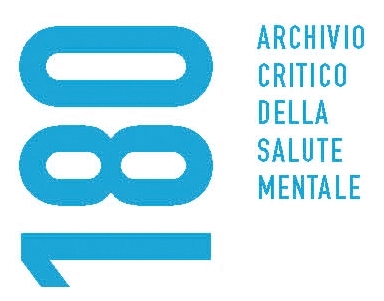