Happiness is like a butterfly; the more you chase it, the more it will elude you, but if you turn  your  attention to other things, it will come and sit softly on your shoulder

What is happiness? An intractable question which goes hand in hand with the Kantian question “What is Man? (Was Ist der Mensch?) “. This eternal riddle that keeps coming back, even though Oedipus solved it by giving the answer to the Sphinx. If one asks “What is happiness” one will inevitably, at the same time, ask “What is Man”, since happiness is embodied in man himself.

Man as a being that extends within spatio-temporal becoming is governed by randomness, and at the same time by necessity. This ambiguity lies in the fact that man, while he himself is responsible for his life, which he shapes by making the corresponding choices and taking the corresponding actions, cannot predict or anticipate the unpredictability that stigmatizes life itself. The events follow one another connected with this double “randomness-necessity”. A human’s willful, or even involuntary, choice may be overturned by the unpredictability that runs through the complex multiplicity. Therefore, this reversal will bring about as a necessity one more event, or will bring man face to face with an alternative choice of necessity.

Randomness, although inherent in happiness, is different from it, indeed in many historians and philosophers, such as in Plutarch, there is the belief that luck envies happiness, a belief which stems from the perpetual alternation of good  luck/misfortune. This constant alternation of pleasure and displeasure is prominent in  Epicurean thought. Epicurus believed that pleasure ceases as soon as satiety is reached, so he believed that a person should not waste himself in meaningless pleasures and in a useless noisy life.

Life unfolds between happiness and pain, pleasure and boredom. Although, from a first point of view, the above pairs of feelings seem contradictory, in fact they  intertwine and continuously follow each other. As Kant mentions in his work “Anthropology from a pragmatic point of view”, this constant alternation, pleasure – pain, vitally motivates the individual, with the result that pleasure is experienced more  intensely after a strenuous occupation. This perpetual movement of alternation, which is strongly present in Heraclitus’ thought (according to which good and evil are  intertwined), is also found in Schopenhauer’s philosophical thought.  Schopenhauer’s  belief that life oscillates between pain and boredom makes imperative the need for a kind of practical wisdom so that man can endure the miseries of his existence. The  practical wisdom of life will lead the individual, if not to absolute happiness, to a happiness that consists in the absence of existential pain. At this point lies the contradiction of Schopenhauer’s pessimistic thought, i.e. hope, which is born out of  boredom and pain, mobilizing the individual to strive for happiness.

Happiness seems like an abstract and unattainable concept, in reality, however, it is realized and appropriated by the person himself within the spatio-temporal becoming.  Therefore, happiness can be understood through the experiences of the subject, just like life, which, according to Kierkegaard, is not a problem to be solved, but a reality  to be experienced. Therefore, happiness is shaped by the modalities of each person’s  life.

The way the individual chooses to extend his Being within the intersubjective space- time is inextricably linked to the bliss of each person. In fact, since ancient times,   philosophical thinking had identified happiness with goodness. The good is   fundamental to Socratic and Platonic thought. A necessary condition for the conquest  of the good is self-care, the care of the soul, therefore also of the body. Looking   towards the good is identical with the experience of happiness. Taking care of oneself, and at the same time taking care of the good of society are the foundations of  happiness. Happiness (as shown by the Greek preposition ευ denoting good, ευτυχία,  or the Aristotelian concept of bliss- ευδαιμονία) is identified  with goodness. Happiness, although it seems to be a personal matter and differs according to the motivations and goals of each person, turns out to be ultimately an   intersubjective matter. If, therefore, a man contrives the life of another, limiting, in fact, his freedom, in order to achieve his personal happiness, even if he achieves it, he cannot be considered happy at the expense of another person, since happiness is intertwined with closeness, friendliness and kindness.

Aristotle considered that good deeds have as a consequence happiness, as the life of  people who act correctly and justly with a view to mediocrity, is a pleasure. Virtue is intertwined with happiness in Aristotelian thought, for this reason, when Aristotle in his work “Nicomachean Ethics” questions whether ultimately happiness comes as a sixth through ethos in good deeds, or if it is the result of chance as divine gift, he emphasizes that bliss is indeed a divine gift, from the moment in fact, when in nature everything is done in the most perfect way.  But happiness does not cease to be a common good that can be acquired by a man, who by his actions is able to approach  virtue through constant study and effort. Therefore, according to Aristotle, to leave the greatest and most beautiful good to chance would be a mistake.

Bliss is an energy of the soul in accordance with the six virtues. Of course, there are  also unpredictable changes and random events that may cause the unhappiness of even the happiest person, so the happiness of a person depends on his entire course,  from life to its end. The only stability is that which resides in virtuous actions governed by mediocrity, and the man who chooses these actions is able to endure with stability, self-sufficiency, and prudence the vicissitudes of fortune.

Happiness is luck, but sculpted luck, as long as the person himself takes advantage of a random event, an opportunity that will be presented to him, turning it into  happiness. Happiness is shaped by the coordination of fate-human will, as the individual places himself within the unpredictability of multiplicity.

For other people, happiness is identified with material and social progress, seeking in their lives to establish themselves in a field with social prestige and great financial  rewards, while there are not a few who have material as their own goal, contradicting even the human nature itself nature. The obsession with matter, unfortunately, is  typical of modern man. The complexity of multiplicity and the intense flow of modern life trap the individual by creating artificial voids, which he tries to cover, ignoring the real and essential voids of his existence.

The great philosopher, Friedrich Nietzsche believed that happiness is the feeling that life force is increased and resistance is overcome. Modern man often resists  happiness, and the reason is that he resists closeness- friendship with another human being. The man of the 21st century, unfortunately, in many cases also resists love.  Love, as Bertrand Russell pointed out, of all forms of attention, is perhaps the most  fatal to true happiness.

“Love is wisdom, hatred is foolish,” he said in an interview, saying that hatred is foolish in an increasingly interconnected world, pointing out that tolerance and charity are vital to the continuation of human life in this planet, ” We can only live together in that way. And if we are  live together, and not die together, we must learn a kind of charity and a kind of tolerance …”.[1]

Temporality and impermanence govern human life, therefore happiness is coextensive with the present of the existence of the human body. Man is his body  (Ponty), his emotions, attitudes, choices and actions are his body, they are expressed  with his body, and of course they have an impact on his body. Therefore, a healthy body is a necessary condition for the achievement of all personal goals that constitute  happiness. Health is a precious commodity and absolutely intertwined with happiness. A healthy person has the vital force, but also the time to take advantage of all opportunities, to sculpt his luck and experience happiness.

Happiness is an intersubjective good and is specified by form of the individual human body. Each human entity exists and expresses its Being through corporeality, which is  governed by the coordination of chance-choice. Human existence is here, within the  world, being able to experience the happiness of being, the happiness of bodily mitsein, the happiness of closeness, the happiness of inhabiting a body that freely becomes what it is. 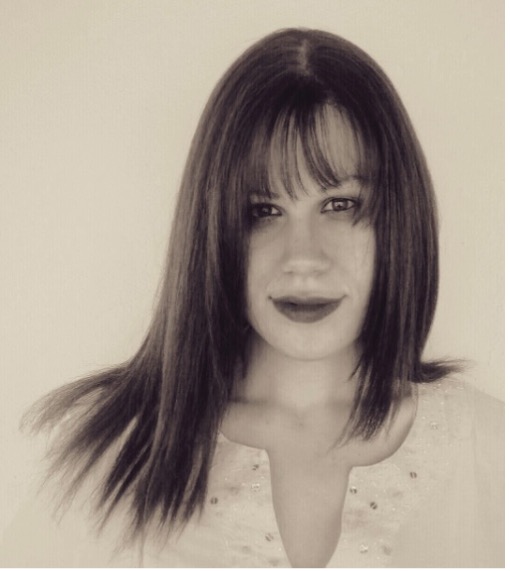 Thomae Ragia was born in Thessaloniki. She completed her undergraduate studies in the department of Education and Literature of Aristotle University of Thessaloniki. She also holds a MA degree in Systematic Philosophy. Since 2019 She is a PhD candidate at the same university focusing on the field of Philosophical Anthropology, Dialectics and Phenomenology. She is also engaged in Poetry and has published three poetry collections.
Ricevi gli aggiornamenti di PsicoFen via mail! 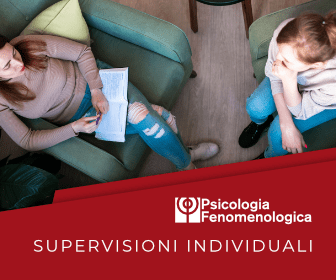 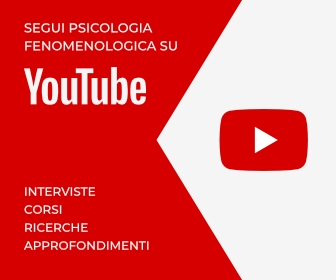 This website uses cookies to improve your experience while you navigate through the website. Out of these, the cookies that are categorized as necessary are stored on your browser as they are essential for the working of basic functionalities of the website. We also use third-party cookies that help us analyze and understand how you use this website. These cookies will be stored in your browser only with your consent. You also have the option to opt-out of these cookies. But opting out of some of these cookies may affect your browsing experience.
Necessary Sempre abilitato
Necessary cookies are absolutely essential for the website to function properly. These cookies ensure basic functionalities and security features of the website, anonymously.
Functional
Functional cookies help to perform certain functionalities like sharing the content of the website on social media platforms, collect feedbacks, and other third-party features.
Performance
Performance cookies are used to understand and analyze the key performance indexes of the website which helps in delivering a better user experience for the visitors.
Analytics
Analytical cookies are used to understand how visitors interact with the website. These cookies help provide information on metrics the number of visitors, bounce rate, traffic source, etc.
Advertisement
Advertisement cookies are used to provide visitors with relevant ads and marketing campaigns. These cookies track visitors across websites and collect information to provide customized ads.
Others
Other uncategorized cookies are those that are being analyzed and have not been classified into a category as yet.
ACCETTA E SALVA
Close
Close
Log In